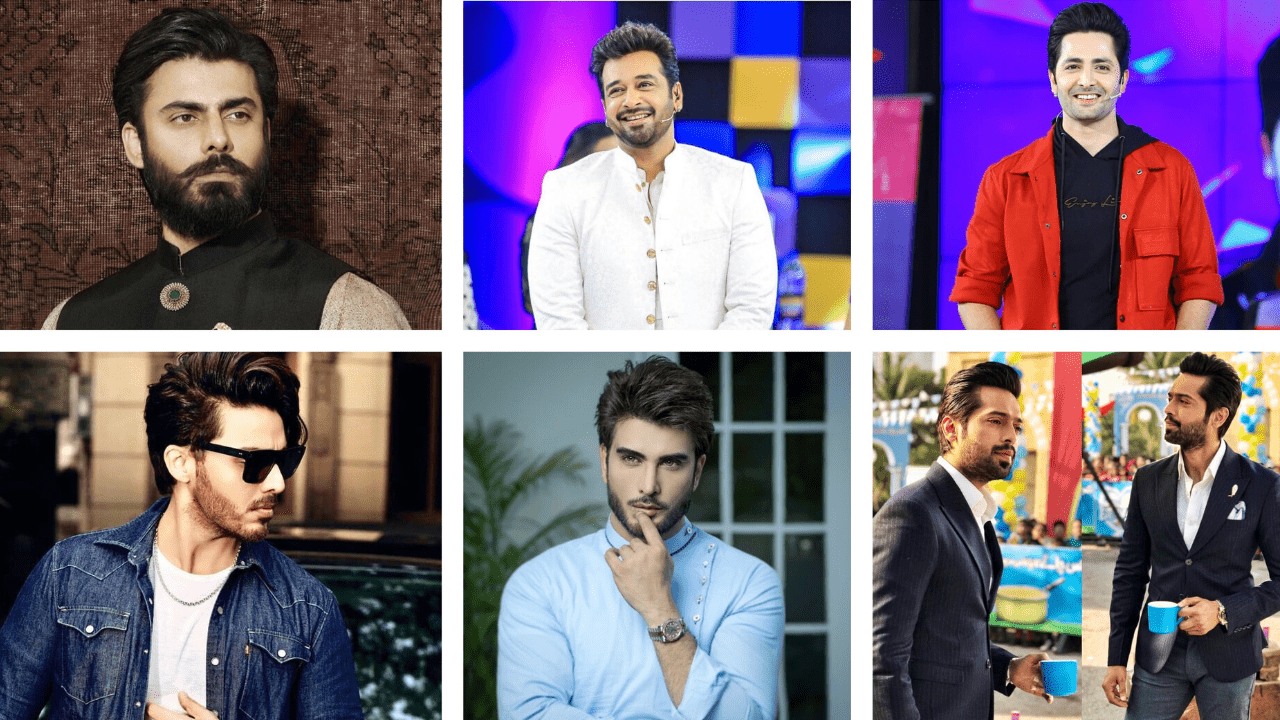 Pakistani Actors are much handsome and demanding all over the world. No doubt, these actors are good looking and handsome and also talented. There are several names of actors you will see on the list which has provided Pakistani film and drama industry a lavish look around the world.

No doubt, the Pakistani film and drama industry is much appreciated around the world because they are much talented in setting up the story uniquely. It was a time when the Pakistani industry was destroying badly because the trend was a bit old and useless. We should have to thankful to the creators who have invested their extreme effort to boost the industry up high in the sky.

Pakistani male actors are not only limited to drama and films only. They have also created their best image in the fashion industry as well. PK Fashion industry is also appreciated all over the world. Different types of fashion shows and exhibitions are being organized by the event organizers in a different part of the world respectively.

With moderation in time, the Pakistani industry has also made a remarkable history in several award shows as well. It is a real-time achievement moment for the Pakistani Industry to achieve their targeted goals.

Here we will let you know some Pakistani celebrities which have created a remarkable history around the world. These celebrities have really invested their best effort and time to boost again this industry all over the world.

As we all know very well about Fawad Khan and he is also one of the most handsome males in Pakistan Industry. Fawad Khan was born on 29 Nov 1981. In his started carrier life, Fawad Khan was a member of a rock band. He has remarkably performed his role in the band and with the respect of time; Fawad Khan has entered in modeling, singing and after that in Acting. He has proved himself in the acting field and he has also maintained his best position in the Bollywood industry as well. In the Pakistani movie, “Khuda kay Liye” Fawad Khan performed as a supporting hero with Shan and the movie was blockbuster. Fawad Khan has remarkably performed his lead actor role in drama “Hamsafar” in which he proved his best appearance.

Imran Abbas is another good looking and charming personality hero of Pakistan Industry. He was born on 15 Oct 1982 and he is a renowned model of Pakistan. Imran Abbas Naqvi has also performed his best in the Bollywood industry and he is also performing his best lead actor role in the Pakistani industry respectively. His remarkable acting you can see in the drama “Khuda Aur Mohabbat” which is a blockbuster drama of Pakistan Industry.

Ahsan Khan has also invested his best time period with Pakistan Industry and he is one of the famous Pakistani actor and model. A lot more dramas he has performed his best appearance. Currently, e is also hosting a morning show and you can also see him in different commercial ads respectively. Ahsan Khan is also famous worldwide as others and he was also a renowned model of Pakistan fashion industry.

Everyone knows Fahad Mustafa because he is the most charming and good looking TV host and actor in the Pakistan industry. Jeeto Pakistan show is one of the top-rated shows of Pakistan Television and he is amazing in his performance respectively. Fahad Mustafa is also a famous model and he has personally taken part in a campaign Clean Pakistan in Karachi respectively. He is rich in beauty and very much talented in his acting.