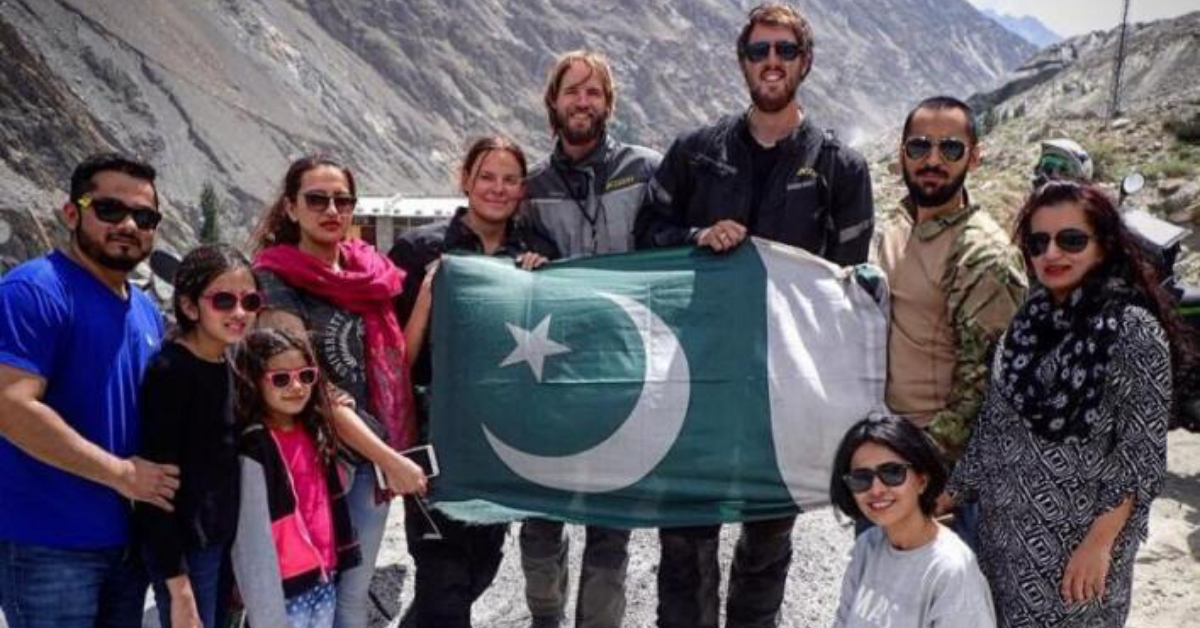 Terrorism has kept tourists away from some of the most beautiful places in Pakistan for too long. But now the tourism in Pakistan is improving by leaps and bounds. The most travelling airline route in Pakistan is between Lahore to Islamabad flights. Lush green fields and magnificent mountains in the northern regions of the country were once the centres of belligerence. Recreation activities in the large cities of Karachi and Lahore also at some point stopped as a result of fatal bombardment of fighters before military action against them began. After the improved and better security situation, tourists feel safe exploring the northern areas of Pakistan in Khyber Pakhtunkhwa (KP) and Gilgit Baltistan (GB).
The tourist areas of the KP province, which have been abandoned in recent years due to the deadly wave of terror in the country, are returning to normal.

The Gilgit-Baltistan (GB) region is one of the favourite destinations of foreign tourists. After a fatal attack on foreign climbers at the Nanga Parbat base camp in 2013, in which 10 foreign climbers and a guide were killed, security was strengthened throughout the region. This increase in security has contributed to increasing GB’s security for visitors. You can find cheap air tickets to Gilgit Baltistan to visit this heavenly side of Pakistan.

The China-Pakistan Economic Corridor (CPEC) is a multi-billion-dollar project initiated after the visit of Chinese President Xi Jinping to Pakistan in 2015. The initiative will not only benefit China and Pakistan in terms of economic development and prosperity but also has the potential to transform Asia and Europe in one block. To fulfil Pakistan’s dream of making Pakistan a destination for tourism, CPEC can play an important role because this mega plan is a combination of infrastructure development projects and highways, railways and pipelines that will connect several countries with each other and provide resources for interaction, engagement and interpersonal exchanges.

The initiative also includes the expansion of the Karakoram Highway, a road connecting China and Pakistan – which could prove to be a lifebuoy for tourism development in Pakistan. Pakistan is home to mind-bending Himalayan peaks, including K-2 and various magnificent valleys. It has the beautiful Arabian Sea, deserts and the ancient Buddha civilization carved in the mountains and historic forts. Following the completion of the CPEC project, there will be a significant increase in the number of visitors coming to Pakistan, and the country will be able to use this movement to generate huge economic activities through the development of the tourism sector.

The walled city of Lahore Renovation

Discussions about tourism in the country are incomplete without mention of the Old Town of Lahore, which has also recently experienced a kind of recovery. The city surrounded by walls is another tourist place that mesmerizes both foreign and local tourists with everything it has to offer. The monuments in the walled city have been preserved by the Punjab government, and many tourist attractions have been created in recent years.

Lahore is by far the most favourite city of Pakistan in terms of livelihood and the abundance of people take Lahore to Islamabad flights for the sake of Lahore, the heart of Pakistan was certainly no exception. Several fatal terrorist attacks in the city have consumed many victims over the years, but according to the slogan “Lahore, Lahore hai”resilient city residents continued to engage in cultural activities despite terrorist threats.

Experienced luxury agencies provide remote destinations to travellers who do not want to consume or risk them, “wrote the American magazine. In the article, Wild Frontiers has defined Pakistan as another major destination for several years, especially due to the recent visit of the Duke and Duchess of Cambridge. Wild borders indicated that Pakistan offered ancient Indians civilizations that date back 4000 years, and exciting cities such as Lahore, with their forts, mosques and palaces. You can find the cheapest air tickets in Pakistan as compared to the whole world. He added that the country was also an amazing landscape, especially in the north, where the three largest mountain ranges collide.

In the picturesque Swat Valley, which was once under the Taliban regime, winter tourism has improved recently after improving safety. A large number of local tourists visit the Swat Valley and other areas, especially in winter, to witness snowfall. The Kalam-Mahoband tourist festival in Swat in 2012. It was an important step in reviving sporting and cultural events in the valley. It was reported that the festival attracted a large number of local tourists, and when the hotel ceased to be placed, the locals rented their guesthouses to accommodate guests.

Then there were several festivals that attracted a large number of participants, and the authorities are still organizing similar activities to attract tourists.

Tourism Development Corporation of Pakistan (TDCP) has identified nearly 500 sites. Of these,120 religious, 106 are of historical significance, and a further 26 are both religious and historical. You can get cheap air tickets to visit these sites in Pakistan easily with your loved ones as safe as you can be on anywhere else on earth.