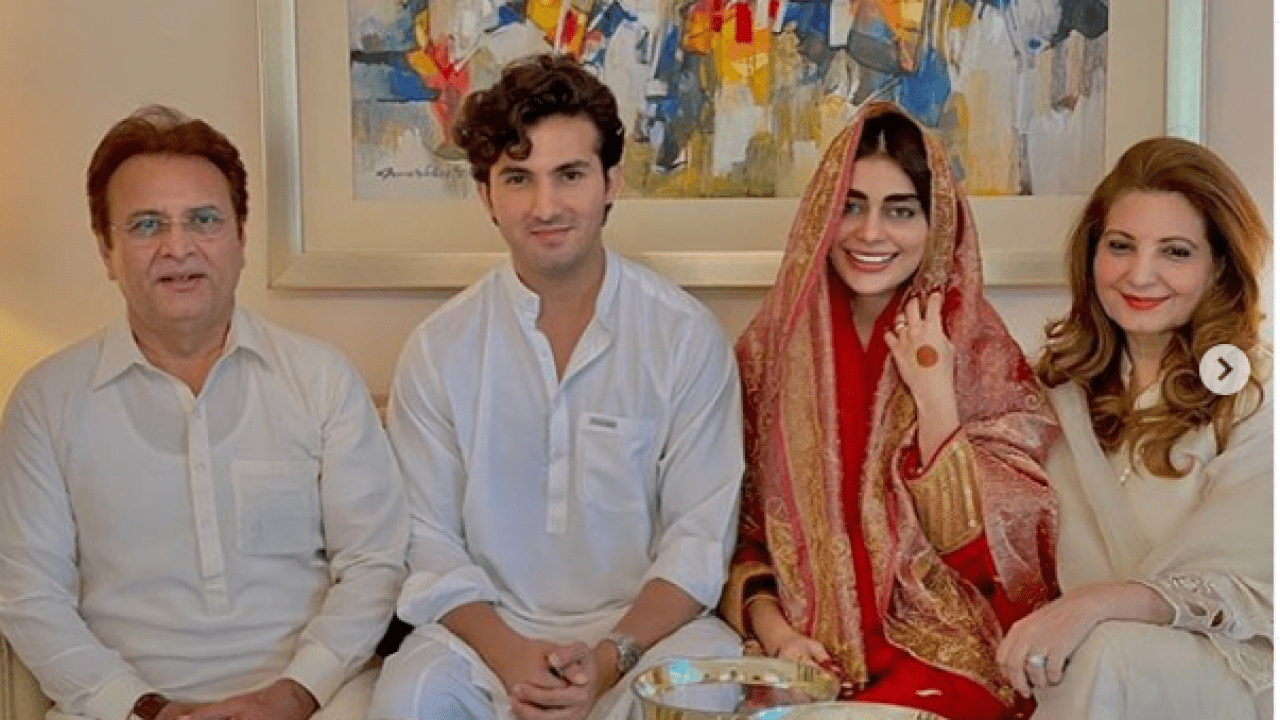 Right now, the world of the internet is discussing the marriage of Shehroz Sabzwari and the famous model Sadaf Kanwal. Shahroz has married with Sadaf right after one month of his divorce with Saira Yousuf. Shahroz and Saira had a baby girl name Nooreh. The old couple had spent their married life with each other for seven years and it is a big-time to stay with each other in a strong relationship.

Shahroz and Sadaf tied their knot with each other on the 31st of May during quarantine time. They have followed the whole thing seriously and it is a simple event in which both families have gathered to celebrate the joy completely. Here is an interesting thing for you to know about this marriage that Sadaf was continuously rejecting the question asked from her about the relationship with Shahroz. She has denied every time but now, they have maintained a strong relationship with each other. There are several rumors about Shahroz’s first marriage.

Everyone is discussing this controversial marriage right after the couple has exposed the pictures on the internet. Saira Yousuf had nothing to say in reply but people think that Shahroz had done a great mistake in which it has denied his wife and daughter just for the sake of a controversial model.

Remember, in the past, Sadaf had a lot more controversies to face and still, Shahroz has accepted the marriage proposal from Sadaf could be a strange thing. After uploading a romantic video on the internet by Shahroz, he just said that we are working together and it is a part of our job. Shahroz also said that he has separated from Saira six months before meeting Sadaf. Another interesting thing you need to know that Shahroz is claiming that he met with Sadaf one month before and in a short time of period, both have decided to marry each other.

Well, changes of statements you can see all over the conversation and it has also exposed by the Saira Yousuf (Ex-Wife of Shahroz) that she had an idea that Shahroz is in relationship with Sadaf. Due to this, both have developed misunderstandings and the result declared with separation. Saira had nothing just a daughter to survive her own life.

Here is an awful situation that Shahroz Sabzwari had shown nothing love or care for the daughter and he has decided to live with another girl. It is very much easy to forget old relationships just for the sake of new ones. No doubt, the life of glamourous people is entirely different from us and we cannot live like them as well.

Do share your comments in this situation what a real husband, hero, and father have to do to secure his family from broken. It is very much easy these days to left the old relationships to make the new ones. Shahroz has to think once about his daughter before taking that step. Well, everything is fair in love and war.