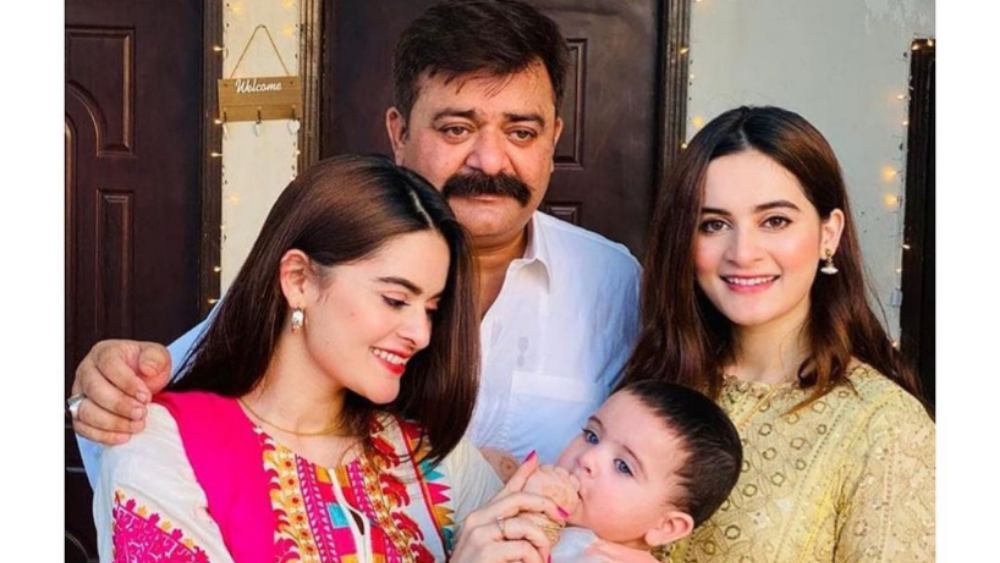 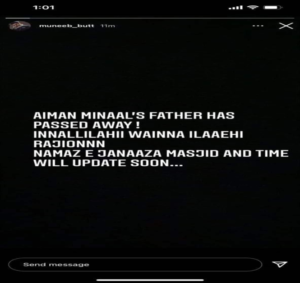 Turning to his Instagram, Muneeb butt shared the sad news of his father in law’s death.

He said Aiman and Minal’s father has passed away. He further wrote in his story that the announcement regarding funeral prayer and burial will be made soon. 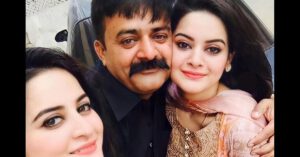 Aiman Khan also confirmed the death of her ‘dearest’ father within the Instagram story and appealed for prayers from the fans. She wrote that her beloved father, Mubeen Khan has passed away. She wrote that he was a strong man. Remember him in your prayers.’

She also wrote that her father will live forever in her heart. She loved him so much. Earlier this month, both the sisters requested their followers and fans to pray for their father’s good health.

A few days ago, Minal Khan wrote in an Instagram story, ‘Plz pray for my father’s health. He’s extremely ill. According to the details, fans of both actresses offered their condolences on the death of their father. May his soul rest in peace.