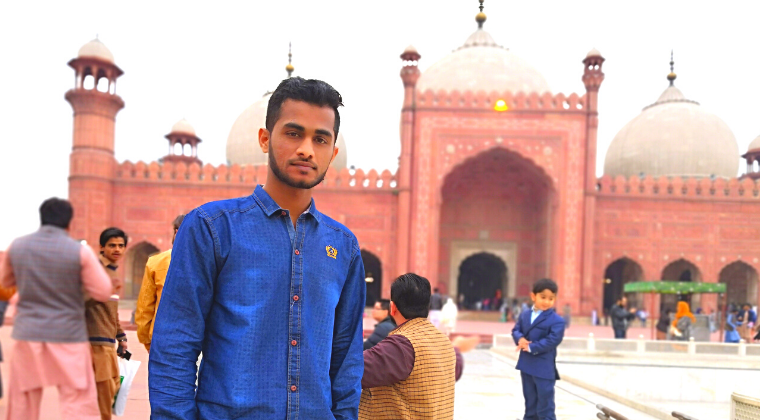 Pakistan was governed by other laws, from nature-loving Mughal rulers to British colonists. If you are fond of old architecture, then there are gems for you in Pakistan. You can move around this country by taking dirt cheap flights. Discover some of Pakistan’s best attractions and landmarks with our guide to the most striking examples of historical architecture in the country.

Mohenjo-Daro is probably the most attractive historical place in the country, which is known all over the world. It is part of the Larkana District in the Sindh Province and is located on the right bank of the mighty Indus River. The archaeological ruins of this place take us back to history until 3000 BC. So it makes a city of 5000 years, which is the oldest civilization known to man after the Chinese. It was also the urbanized and largest civilization in South Asia.

They were first discovered in 1922 but in 1965. Significant excavations were completed. Now people come from different places to be witnesses of this historic place.

Fort Rohtas is a masterpiece of a historical site in Pakistan built in the 16th century and provides an authentic representation of the true traditions and cultural heritage of Pakistan. The architecture of the fort is a combination of Afghan and Persian architecture, and the main attractions are giant gates and high walls. The walls of the fort, as well as massive bastions, run for kilometers, and although they were built thousands of years ago, they still remain an architectural masterpiece and demonstration of ancient Pakistani knowledge in construction. Moving around Pakistan from one place to another, is really easy, and for domestic air travel, you can check Serene Air ticket prices, which are always cheaper than the rest with amazing services.

Hiran Minar was built by the Mughal emperor Jahangir in memory of his pet Deer when he was accidentally hunted. This deer tower is located in the city of Sheikhupura in Pakistan. In 1600 this place was known for hunting. When Mughal the Emperor hunted here, he mistakenly hunted his own deer.
He was very guilty of killing his own pet, so he ordered to build this minaret. This is an amazing historical view that you should visit once in your life.

The Great Mosque of Badshahi is one of the oldest mosques in the region, which was built in the Mughal era by the Great Emperor Aurangzeb. It was built in 1671 and today is the second-largest mosque in the country after the Shah Faisal mosque. Until 1986, this historic mosque was known as the largest mosque in the world. But along with Shah Faisal Masjid and several other mosques around the world, more significant than this one was built.

But this does not take away any recognition from this mosque because it is still one of the most visited historical sites in Pakistan.

Makli is actually a necropolis in the famous and historic city of Thatta. People gather here from different parts of the United States of America, and even from behind Pakistan for witnessing magnificent mausoleums and monuments in the United States. First-class stone, tiles, and bricks that represent the true Sindh civilization of that time. Just like other things in Pakistan, the cheap flightsare also radially available for domestic travel, which can save you a ton of money for other more attractive activities.

No discussion of historical buildings, cultural sites, and monuments in Pakistan will ever forget about the Tomb of Jahangir. The location of this tomb is located in the suburbs of Lahore in Shahdara, and this is a place that was specially chosen because Jahangir’s wife liked him so much and wanted it to be her husband’s final resting place. The uniqueness of the tomb, however, lies in its construction and resting place. It has four high towers at all four corners, with towers rising up to 30 meters in the air.
The gardens of the areas where the king was buried remain beautiful and well maintained until now, and although the beauty of the tomb may fade over time, you will not notice the size it once had.

The origins of Fort Lahore, a fortress in Old Lahore, are so ancient that it is impossible to know exactly when the fort was built. It is known, however, that in the second half of the 16th century, the original mud-brick building was demolished and rebuilt from burnt bricks. Since then, this fortified citadel has undergone many other modifications at the hands of almost all rulers of Lahore, including British colonists. Lahore Fort’s journey takes you back in the past of Pakistan, and for this reason, it is recommended to everyone who visits this country.

This is one of the most famous places in Pakistan. So, whenever you visit this country and if you are anywhere but Lahore, then check your Serene Air ticket prices for Lahore right away: to experience Lahore fort for your best time being in Pakistan.

Islamia College is located in the historic city of Peshawar and was founded by Nawab Abdul Qayyum and George Kepel. This is of great historical importance because it was about expanding not only the educational building but also the creation of a platform to stimulate the political activities needed at that time.
It is still located in Peshawar and serves students with all modern knowledge of those times. During the independence movement in Pakistan, Jinnah visited the college three times to encourage youth.

The above historical places in Pakistan are just a small sample of what the region has to offer. Don’t wait for the right time, take cheap flights of your choice and visit Pakistan, so that you can appreciate and enjoy the history and culture.